Bunion: an inflamed swelling of the first joint of the big toe accompanied by enlargement and protrusion of the joint. Also known as hallux valgus, it is a deformity of the joint connecting the big toe to the foot. The big toe often bends toward the other toes and the joint becomes red and painful.

I recently learned some people don’t know what a bunion is, and I already knew most people my age don’t have one. But as someone who grew up with a juvenile bunion, I’m far too familiar with what one looks and feels like.

My mother says doctors started to comment on it at the age of five, but surgeons typically won’t touch it unless you’re having pain. Twenty three and a half years later, I had had enough of the pain. It was finally time to do something about mine.

The past six years it had been uncomfortable and fairly painful, but the last year or so had been significantly worse. There were no good shoes to wear that subsided the pain. Even new, nice fitting socks were too painful to keep on all day. My bunion would ache and throb. It was beginning to hurt other parts of my foot.

I know you’re thinking, you have a million pairs of shoes and most are not ideal for foot problems – and you’re not wrong. But this genetic deformity wasn’t going anywhere on its own. Even my boring ASICS with foot inserts and a dose of Aleve weren’t cutting it.

I causally mentioned my bunion to my PCP as a routine appointment wrapped up in March. He suggested seeing an orthopedic foot and ankle specialist rather than a podiatrist because of my age.

I got in with a doctor only to have my first appointment cancelled due to a scheduling conflict and the one after that cancelled due to COVID. When the office finally called to reschedule the first week of May, I jumped at the chance to be seen. Now would be a perfect time to have my foot fixed, I thought, since I’m working from home.

I walked in to the medical facility, masked and temperature checked, and had X-rays done. I thought surgery was my only option, despite what other people kept telling me, and the doctor confirmed it.

“How’s next Friday?” they asked.

My bunion was not only protruding, it had rotated as well. Bones that should be on the bottom of my foot were close to the top. I would be non-weight-bearing in a splint for two weeks, starting to walk in a boot for a minimum four weeks, followed by a minimum six weeks in a tennis shoe.

I couldn’t believe how quickly this was all happening. I accepted… and then was told I had to get the COVID-19 test the day before surgery. The dreaded COVID test. The nasal swab that goes to the back of your sinus cavity and is twisted and turned for 30 seconds.

I stressed about that test for a full week.

When I got to the testing location, a security guard moved a cone to allow me into the parking lot. He asked my name, radioed to make sure I had an appointment, and told me to proceed to Drive-Thru #1.

I pulled up, rolled down my window and was asked a few questions before a nurse in full PPE – gown, gloves, mask, shield – walked up to my car.

She said, “I’m sorry, but this is going to feel like it goes to your brain.”

And she wasn’t wrong. I sucked it up, gripped my car seat, and thirty seconds later I was on my way to Starbucks with a sore throat and watery eyes. 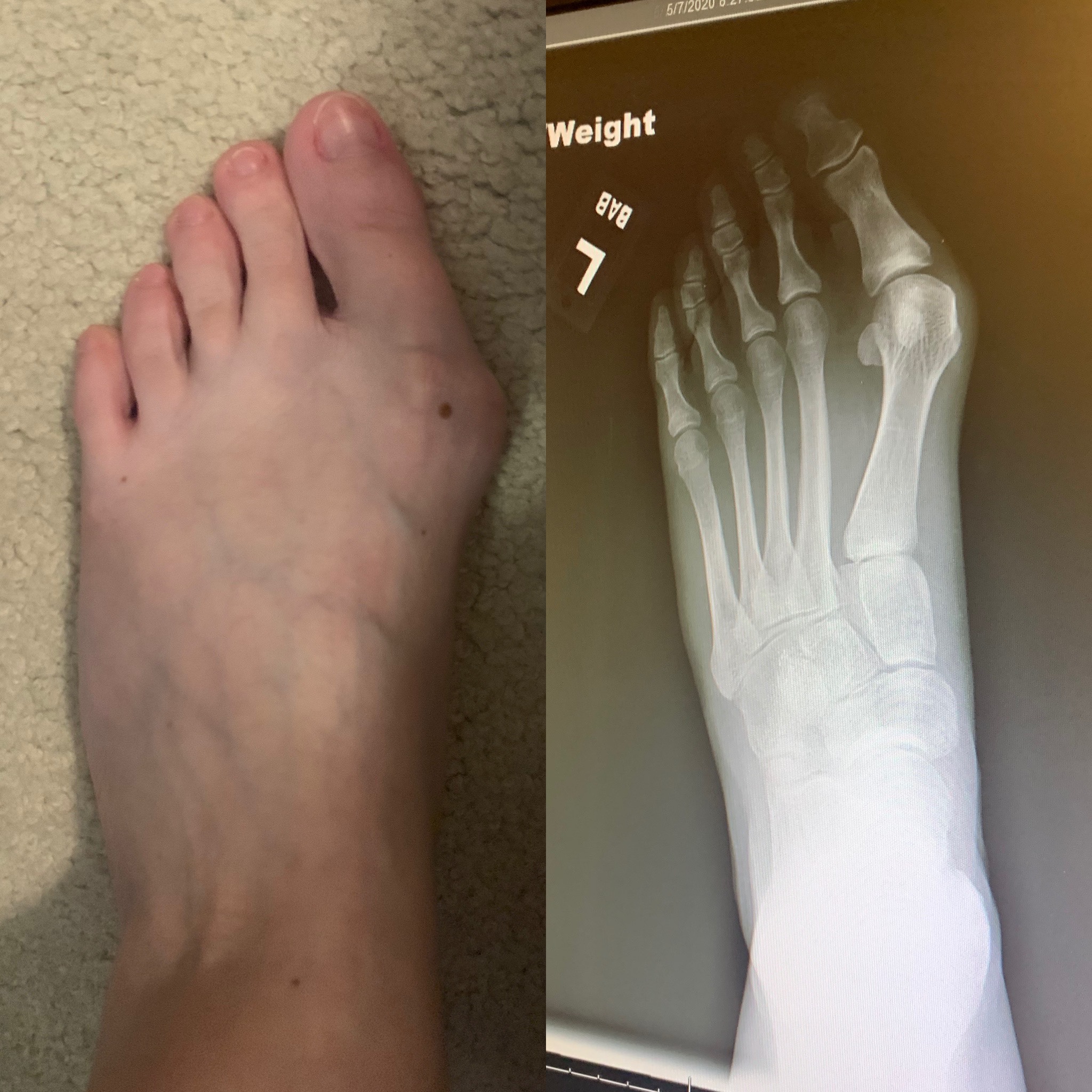